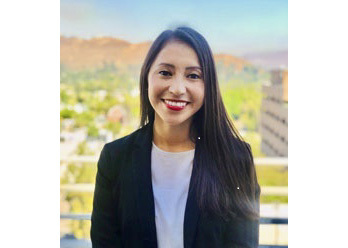 The UC Board of Regents appointed Marlenee Blas Pedral as the 2022-2023 UC student regent Wednesday.

Blas Pedral, a first-generation, rising second-year UC Berkeley law student, is the 48th student regent and will serve as the student regent-designate in discussions for the upcoming academic year, according to a University of California Office of the President press release. Her one-year term as a regent with official voting privileges begins July 2022.

This year, there were 93 candidates who applied for the student regent position, according to the press release. Panels including members from the UC campuses, UC Student Association and UC Graduate and Professional Council interviewed semi-finalists, and a special regents committee nominated Blas Pedral.

Blas Pedral’s priority as a student regent will be to promote access to affordable education, establish innovative solutions that empower students and advocate for policies that will foster an inclusive campus climate, according to the press release.

Blas Pedral received a bachelor’s degree in global studies from the University of California, Santa Barbara and a master’s in higher education and administration from the University of Vermont. She was awarded a Fulbright Fellowship to Brazil, where she spearheaded efforts to promote diverse teaching material and curriculum, according to the press release.

Before attending law school, she served as a career counselor at UC Riverside and later became the associate director of UCR’s Center for Social Innovation. At UCR, she co-founded the Butterfly Project, a professional development program for undocumented students, and the UCR Career Closet, a closet that provides free professional attire and preparation for students.