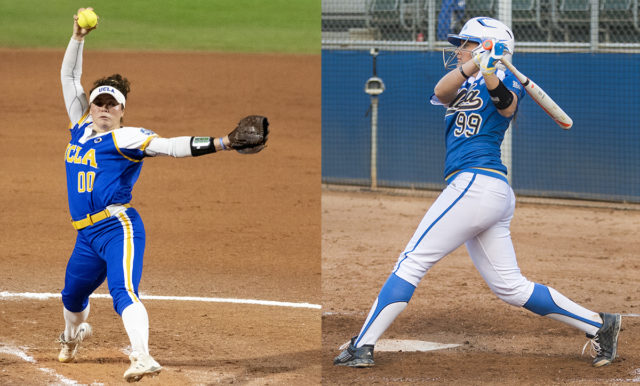 In a final 13 years in the making, the red, white and blue met a familiar fate.

The No. 1-ranked United States softball team – which features four Bruins on the roster – went scoreless against No. 2 Japan in the Olympic gold medal match Tuesday in Tokyo. Falling 2-0, Team USA claimed the silver medal but extended its first-place drought, which dates back to the 2004 Athens Games.

Softball made its return to the Olympic stage for the first time since the 2008 Beijing Olympics after the International Olympic Committee unanimously voted to include the sport for this year’s iteration of the Games. The 2008 gold medal game similarly featured the U.S. and Japan, with the latter claiming the gold in a 3-1 victory.

Despite being two days removed from eking out a walk-off 2-1 victory over Japan in the opening round and finishing undefeated in group-stage play, the U.S. was once again unable to emerge victorious when it mattered most.

Team USA had its best chances of scoring in the first inning with two of its batters reaching third – including a triple that would end up being the team’s only hit of the first five innings – but came up short on both opportunities.

With no runs scored by either country heading to the top of the third, right-handed pitcher Ally Carda entered the game for Team USA with one runner on first base. The former Bruin – who played for the blue and gold from 2012 to 2015 – secured her first two outs of the game via a fielder’s choice and a strikeout before adding another runner with a hit-by-pitch. With Japan in scoring position, Carda was able to get out of the jam with a ground out to end the inning.

But after that, it would be Japan that would capitalize off of Carda.

In the top of the fourth, Carda quickly found herself with a runner on third after delivering a single, a sacrifice fly and ground out to start the inning. With the pressure mounting behind her, Carda added more traffic on the bases with a walk before Japan broke the deadlock with an RBI single.

Trouble continued for Carda, whose time in the circle ended at the top of the fifth. Carda finished the game with two earned runs and was credited with the loss in 2.2 innings of relief.

But like in its previous game, Team USA’s bats started swinging in the bottom of the sixth inning. Following singles from right fielder Michelle Moultrie and left fielder Janie Reed with one out, Team USA found itself in scoring position but left both runners stranded with a double play to end the inning.

With one last chance to avoid a shutout, shortstop Delaney Spaulding – the only other Bruin to appear in the game – stepped up to the plate with two outs in the bottom of the seventh. However, there was no walk-off this time around as Spaulding flew out in foul territory to end the game.

The two remaining Bruins on Team USA, pitcher/infielder Rachel Garcia and utility Bubba Nickles did not see action in the loss. Both players finished their undergraduate careers for UCLA in June, but Nickles is set to return for the blue and gold for the 2022 season as a graduate student.