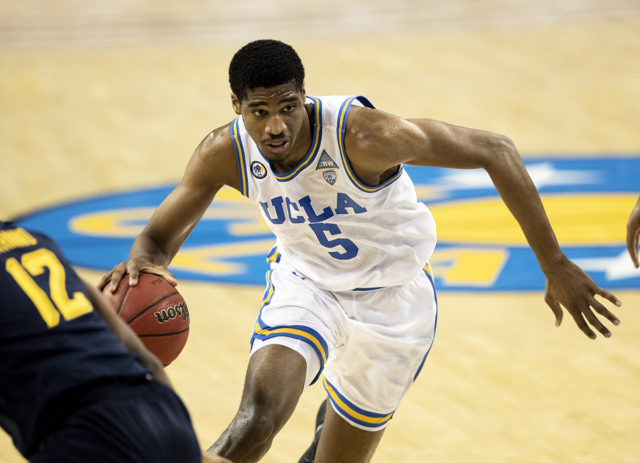 The former UCLA men’s basketball guard signed a two-way deal with the Detroit Pistons as an undrafted free agent following the NBA Draft on Thursday night, per ESPN’s Adrian Wojnarowski. With Smith not one of the 60 names called Thursday, the Bruins will not be represented in the NBA Draft class for the second consecutive year but just the fifth time in the last 25 drafts.

Smith will join a young backcourt in Detroit, headlined by this year’s No. 1 overall pick Cade Cunningham. The Pistons also drafted 20-year-old point guard Killian Hayes with the seventh overall pick in the 2020 NBA Draft. Detroit held the worst record in the Eastern Conference last season and second-worst in the NBA.

In four seasons with UCLA, Smith played in 105 games, making 46 starts. The guard saw limited action in his first two seasons with the Bruins, putting up 5.1 points per game on 16.4 minutes per contest.

Smith more than doubled his production in his junior and senior campaigns under coach Mick Cronin – scoring 13 points per contest on north of 28 minutes per game.

Leading UCLA in scoring during the 2019-2020 season, Smith earned All-Pac-12 First Team honors and was named the conference’s Most Improved Player. In 2020, he declared for the NBA Draft but withdrew to return to the Bruins for his senior season despite being a projected second-round pick by some outlets.

However, Smith’s final season with UCLA came to an unexpected end on New Year’s Eve. In what would ultimately be his final game donning the blue and gold, Smith put up 16 points on 7-of-9 shooting in a 72-70 win over Utah but suffered a torn ACL in his left knee.

Now, Smith is just over six months out from a surgery to repair that torn ACL – a recovery process that typically sidelines NBA players for nine to 12 months. The guard did not participate in the NBA Draft Combine last month alongside rising junior guard Johnny Juzang.

Unlike many of the new draftees and signees, Smith will likely not begin his NBA journey at the NBA Summer League in Las Vegas next month as he continues to recover from the ACL injury. As part of his two-way contract, the former Bruin will split his time between the Pistons and their G League affiliate, the Motor City Cruise.