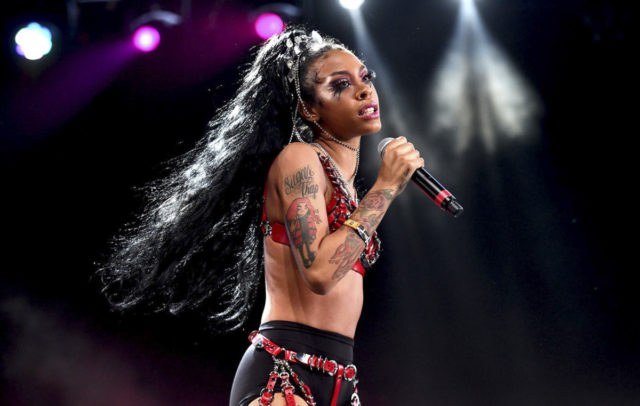 Bruin Bash is adding stars to the soundtrack of an otherworldly campus welcome.

Three days after space-themed Instagram posts popped up on the accounts of UCLA Campus Events Commission and Cultural Affairs Commission, Bruin Bash has announced headliner Rico Nasty, preceded by Tkay Maidza and Yung Baby Tate, will open the returning musical student tradition. The Sept. 20 concert will be in person, but has switched venues to the outdoor Los Angeles Tennis Center as opposed to the traditional location, Pauley Pavilion.

Supporting act Tkay Maidza will open the concert, which begins at 7 p.m. With roots in Zimbabwe and Australia, the rapper released her EP “Last Year Was Weird, Vol. 3” in July. Her debut album, “Tkay,” dropped  in 2016, following a collaboration with then-YouTube star Troye Sivan.

Announced Tuesday, Yung Baby Tate will bring extra shine as an additional opener. The Atlanta rapper grew a following through viral tracks such as Ashnikko’s “STUPID” and “I Am” with Flo Milli. Her debut album, “GIRLS,” dropped in 2019, which she self produced.

The star of the show will be Rico Nasty, a taunting rapper known for her aggressive, shouted bars and TikTok hits like “Smack A Bitch” – which was remixed with ppcocaine and Rubi Rose – and Doja Cat’s 2019 track “Tia Tamera.” The Maryland artist released her debut album “Nightmare Vacation” in 2020, which included tracks like “OHFR” and collaborations with Gucci Mane and Aminé.

Nasty released her first songs on SoundCloud which featured slower tempos and less bite, and her internet presence on platforms like Vine led to an invitation to artist Lil Yachty’s show at the beginning of her career. Today, her social media presence is lighthearted, drawing in 1.9 million followers on Instagram.

Prior to the announcement, CEC hosted a giveaway via Instagram, where commenters could take swings at naming the headliner to win a merch-filled swag bag. Students can purchase floor tickets via Bruin Bash’s website beginning at 12 p.m. Sept. 15 on a first-come, first-served basis. Seated tickets in the stadium’s bowl will become available at 12 p.m. on Sept. 16, with viewing party tickets in Sunset Canyon Recreation Center to follow the next day.

Durgin is currently the music | fine arts editor. She previously served as an Arts contributor from 2020-2021. She is a second-year English student from Meridian, Mississippi.