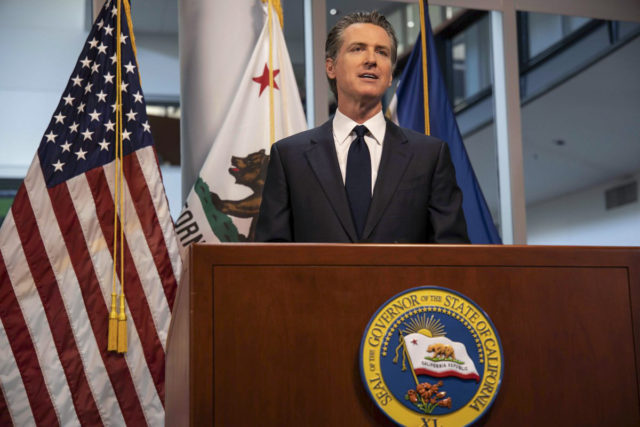 According to preliminary election polls and various news outlets, California Gov. Gavin Newsom will not be recalled. (Creative Commons photo by the Office of the Governor of California via Wikimedia Commons)

Incumbent California Gov. Gavin Newsom will remain in office as recall ballots continue to be counted, according to several sources.

The recall election was initiated after recall supporters gathered more than 1.6 million valid signatures by the March 17 deadline. Opponents of the governor cited the increase in business closures due to California’s COVID-19 pandemic lockdowns, misuse of federal COVID-19 relief funds and Newsom’s breaking of public health guidelines at the height of the pandemic as reasons to incite a recall, according to the recall campaign’s website.

There has only been one previous recall election for the California governor.

As of Tuesday night, 66.25% of the returned ballots indicated a vote to not recall Newsom.

More than 50% of people need to vote “yes” for Newsom to be recalled.

Additionally, in voting for Newsom’s replacement, 43.7% of voters chose Larry Elder, a conservative talk radio host, according to AP News. Elder stated that he does not support a $15 minimum wage and abortion rights, according to the Los Angeles Times.

This story will be updated.