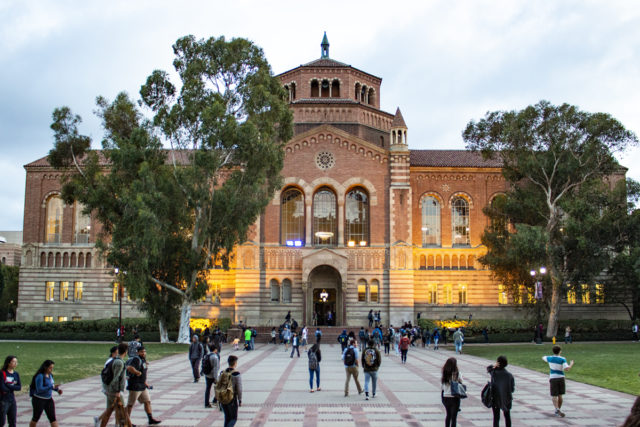 UCLA supported the construction of a train station on campus for an upcoming project in a letter to the Los Angeles Metro.

According to the letter, the university is advocating for the addition of an on-campus station within the Sepulveda Transit Corridor Project to increase accessibility by public transportation.

Administrative Vice Chancellor Michael Beck said the inclusion of a UCLA station in the transit corridor would increase access to campus for the roughly 85,000 people who come to UCLA per day.

Michael Manville, an associate professor of urban planning, said Metro is currently deciding which particular route the proposed line would follow if the proposal moves forward.

According to LA Metro, it began the environmental review stage of the project Nov. 30.

“Under the California Environmental Quality Act, major projects like this have to have a full review of their environmental impacts, and as part of it, they need to consider different alternatives,” said Jacob Wasserman, the research project manager of the UCLA Institute of Transportation Studies.

Metro is expected to decide the Sepulveda Transit Corridor Project line’s route and station locations by 2024, with the line planned to open for public use between 2033 and 2035, according to a UCLA press release.

There are currently six alternatives Metro is evaluating in terms of how to best build the transit line, said Bill Kisliuk, a UCLA spokesperson, in an emailed statement. In a Feb. 10 letter to a Metro project manager, Beck said UCLA currently opposes three alternatives that involve constructing a monorail because it may be unsafe to build and run such a line along the highly congested 405 Freeway corridor. In the letter, Beck added that UCLA supports three other alternatives that involve a subway ride and direct connections to other rail lines because the options provide a one-seat ride to campus.

Furkan Yalcin, president of the North Westwood Neighborhood Council, said he believes having a UCLA station is a vital part of the transit corridor, an addition that several other neighborhood councils support.

“The Westside Regional Alliance of Neighborhood Councils, almost every single one of those neighborhood councils, which is over a dozen, has signed on and has expressed that they also want a station on the UCLA campus,” he said.

Yalcin said he believes alternatives that involve the construction of a subway will be better since a subway is faster and more efficient than a monorail. Though the monorail would be cheaper, it would still subject people to waiting for their ride on the 405 Freeway, Yalcin added.

Wasserman said the line could change mobility for everyone in the corridor, including UCLA students and workers.

“Rail works really well, when there are two elements,” Wasserman said. “One is that there’s a density of jobs, housing and other destinations near it. And the other is when rail can offer a time saving over driving. … Both of those are the case for the Sepulveda rail corridor.”