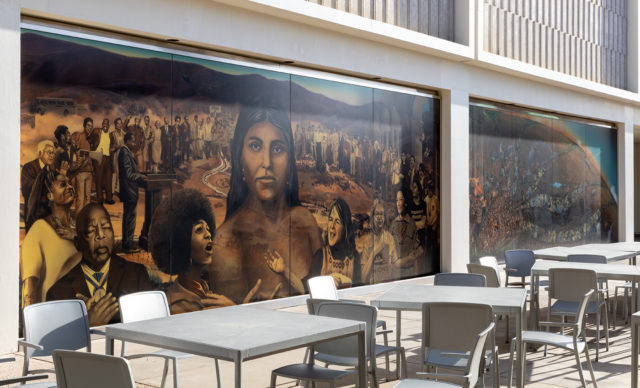 The University of California will cover tuition and other student service fees for in-state undergraduate and graduate students from federally recognized Native American, American Indian and Alaska Native tribes starting fall 2022 for all current and incoming students.

The UC Native American Opportunity Plan, announced April 28, will cover tuition and student service fees for Native American students, though other costs, such as books, housing and transportation, can be supplemented by other financial aid support for students with more financial need. The plan builds upon the UC Blue and Gold Opportunity Plan and the UC Tuition Stability Plan – two financial aid programs – and the UC’s commitment to creating a debt-free education, said UC Office of the President spokesperson Stett Holbrook in an emailed statement.

Federal, state, university and private grants and scholarships will fund the plan, according to the UC’s admissions website.

According to the UC’s admissions website, the tuition coverage only includes Native American students from federally recognized tribes because California public institutions cannot legally consider race or ethnicity when providing financial aid. A federally recognized tribe is a political, not racial, classification that refers to a community that has existed for an extended period of time with political influence over its members, according to the Department of Interior.

The UC’s requirements for proof of tribal membership include an enrollment card with a tribal leader’s signature or the tribal seal, a Certificate of Degree of Indian Blood or tribal identification with an enrollment number.

Some federally recognized tribes in California include the Guidiville Rancheria of California, Pala Band of Mission Indians and Tejon Indian Tribe, according to the Indian Health Service.

Randall Akee, chair of the American Indian studies interdepartmental program, said while the official UC plan only covers those from federally recognized tribes, the Graton Rancheria tribe announced the creation of a fund to help students from nonfederally recognized tribes attend the UC tuition free. The tribe will provide further details on how to access the fund at a later date, he added.

Additionally, according to the plan, more tuition funds can be externally organized for students from nonfederally recognized tribes through their school’s financial aid office and Native American resource center.

The new tuition coverage initiative has been underway for years, said Alexis Atsilvsgi Zaragoza, the 2021-2022 UC student regent. She added that a recent push from Native student activists, such as herself and the UC Student Association president, and UC President Michael Drake’s interest in Native students’s success allowed the plan to come together.

“It’s one of those things where it’s never going to erase the past. It’s never going to heal the things that are still going on,” Zaragoza said. “But overall, … (we’re) also really hopeful that the legislature will maybe pick this up for the CSU and also potentially other states, especially states that have higher numbers of Native people.”

Akee said he thinks the new tuition plan will help increase Native American student enrollment, adding that some may relocate to California to also receive the benefits of a more affordable secondary education.

“This is a wonderful start. I think it can truly be a game changer for this population,” Akee said. “(It) will have been an amazing spark and really change the post-secondary landscape.”

Zaragoza said she hopes the UC will take more action to help its Native students, such as decreasing out-of-state tuition, as well.