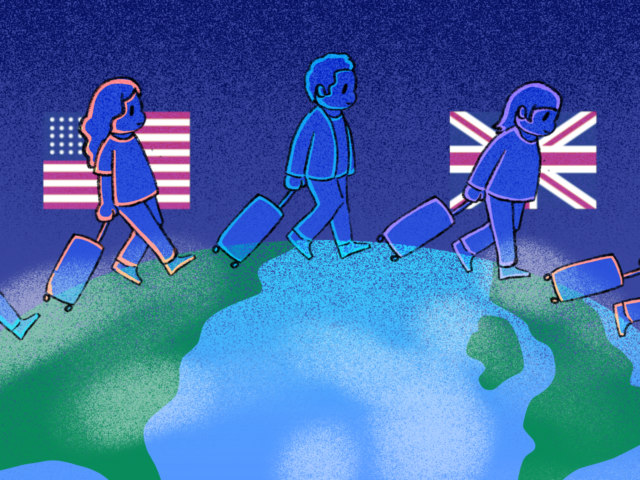 Increasing demand for skilled workers have prompted changes to the United Kingdom’s immigration policy for recent graduates, allowing them to stay in the country without a job offer, UCLA faculty said.

The U.K. launched a new visa program, the High Potential Individual visa, May 30 for individuals who have graduated from an eligible university within the last five years, allowing them to stay in the U.K. for at least two years without a job offer, according to the U.K. government website. The list of eligible universities was determined by universities’ global rankings, according to the U.K. government website. Some eligible United States universities include UCLA, UC Berkeley and Stanford.

Applicants are also expected to demonstrate proficiency in the English language and have sufficient funds to support themselves, according to the U.K. government website.

“It’s an understandable and logical strategy to compete for educated immigrant talent from outside the U.K.,” said Hiroshi Motomura, a professor at the UCLA School of Law and faculty co-director of the UCLA Center for Immigration Law and Policy, in an emailed statement.

Similar visa expansions are a common initiative in various countries around the world, said Kent Wong, director of the UCLA Labor Center. He added that national governments see a benefit in attracting trained, educated and skilled workers if they have work shortages or industry-specific needs.

The U.S. also frequently recruits and provides visa opportunities for international skilled workers to come live and work in the U.S., Wong added.

Margaret Peters, an associate professor of political science, said the HPI visa is the U.K.’s response to the global race for talent, with high-income countries attempting to attract more employees for technology, health care and finance industries.

She said that since the U.K. left the European Union, migration from the EU to the U.K. has decreased, as it has become a more difficult process, leading to a loss of highly talented individuals.

Graduating from an eligible university is what the U.K. is using to determine if an individual is highly educated, Peters added.

Although the HPI visa gives these U.S. graduates a chance to move to the U.K., Motomura said in an emailed statement that the number of universities on the list is relatively small, excluding many that may also graduate as qualified job candidates.

For many international students at UCLA, it is hard for them to get a U.S. visa to stay if they don’t get a job immediately after graduation, Peters said, adding that going to the U.K. for a couple of years may also be an attractive option for these students.

“I think it’s a really interesting program,” said Peters. “If you want to work in the U.K. this is a great way to go do that for a couple of years. So I would definitely tell students who are interested to go check it out.”