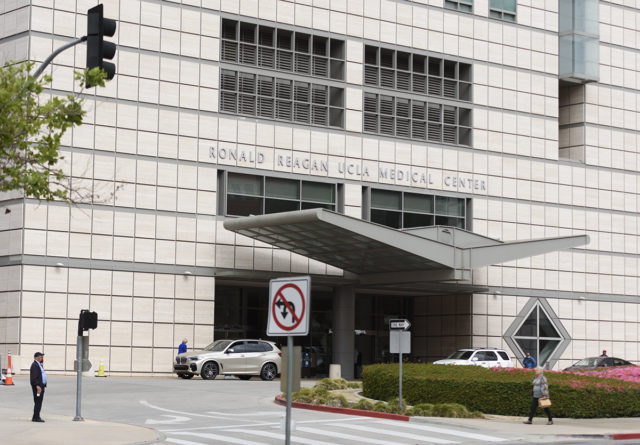 The University of California collaborated with the California Nurses Association – a union representing over 17,000 UC nurses, many of whom work at the Ronald Reagan UCLA Medical Center (pictured) – on a new contract. The previous contract between the UC and CNA was set to expire this fall. (August Suchecki/Daily Bruin)

The University of California announced Saturday that officials have reached an agreement on a new contract with the California Nurses Association, a union representing more than 17,000 UC nurses.

The press release said the new contract will take effect immediately until the end of October 2025, after the previous one between the UC and CNA was set to expire Oct. 31 of this year, according to UCnet.

In addition, beginning in 2023, the UC will increase paid leave for family care and bonding for eight weeks from 70% to 100% of its employees’ salary.

The UC and CNA also plan to form two new committees to discuss health and safety issues associated with emerging infectious diseases and diversity, equity and inclusion, according to the press release.

Nurses will continue to have access to health insurance, with the UC covering the majority of the cost of monthly premiums, and will continue to be eligible for retirement benefits, according to the press release.

The press release stated that the UC hopes this will serve as a model for its negotiations with other unions.

“We believe this agreement recognizes the dedication, professionalism and quality of our nursing staff, and the extraordinary challenges they have faced for more than two years due to the COVID-19 pandemic,” said Letitia Silas, UC’s executive director of systemwide labor relations in the press release. “We send our heartfelt appreciation and thanks to all our nurses for their outstanding service to UC and our communities.”