By Evy Nguyen and Catherine Hamilton 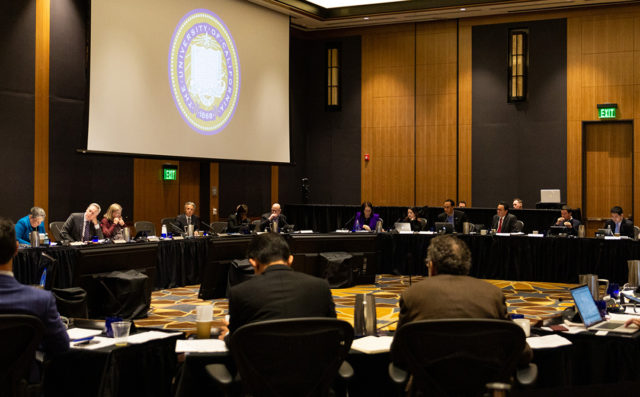 One of the bimonthly University of California Board of Regents meetings, previously held in person, is pictured. When the board met in July, they discussed things across the UC system such as new programs and funding allocations. (Daily Bruin file photo)

The Board of Regents, the governing body of the University of California, met for its July meeting via teleconference and in person at UC San Francisco from July 20 to July 22. The board discussed new financial aid programs and a plan for increasing student body diversity.