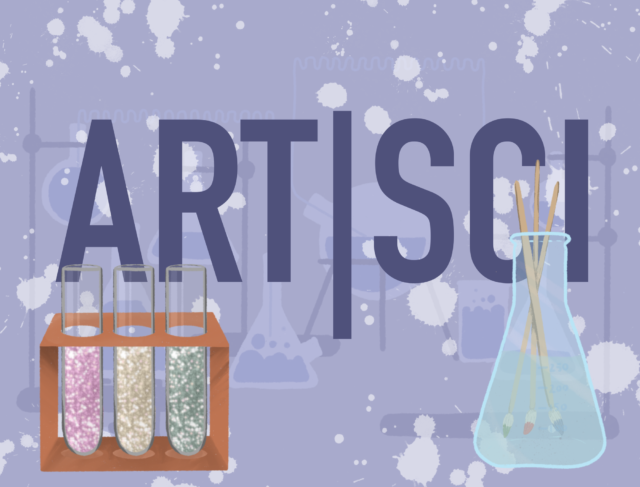 As artistic and scientific practices merge, so can human explorations of outer space and the deep sea.

Dedicated to the synthesis of art and science, the UCLA Art|Sci Center will host “[Alien] Star Dust meets Plankton,” an interactive event at UCLA on Sept. 23. Attendees can expect to visit two separate exhibits on opposite ends of campus, “Noise Aquarium” and “[Alien] Star Dust: Signal to Noise.” The exhibits demonstrate how intersecting art and science strengthens both disciplines, said Santiago Torres, a postdoctoral scholar in UCLA’s physics and astronomy department and the Art|Sci Center.

Anuradha Vikram, writer and curator for the Art|Sci Center, said in a written statement that artists and scientists are both often cross-disciplinary thinkers and have similar practices, such as iteration and experimentation. In “[Alien] Star Dust” and “Noise Aquarium,” science and art merge to disperse knowledge in an engaging manner, Torres said.

“[Alien] Star Dust: Signal to Noise” – a project that originally premiered at the Natural History Museum in Vienna on March 10, 2020 – allows participants to view physical and digital displays of meteorites and dust in an immersive audiovisual environment. By using a plethora of 3D and augmented reality animation, microscopic imaging and sound design techniques, the exhibit presents knowledge through an experience of cosmic phenomena. Notably, the exhibit seeks to not only delve into the dust of outer space but also the idea that the elements of life originated from such dust and are thus connected, Torres said.

“We are like stardust in a way because all of our body, … all the materials are recycled, recycling from the evolution of the star,” Torres said. “When you dig more philosophical, and you put meaning on things, you realize that the fundamental thing is understanding our place on Earth and the universe but then expressing it in different ways.”

In contrast to the macroscopic galactic exploration of the universe in “[Alien] Star Dust: Signal to Noise,” “Noise Aquarium” explores the microscopic world of the ocean by bringing models of plankton to life, Torres said. The show presents an aquarium-like environment that participants interact with through the destructive disturbances they generate from their movements and noise.

Noise Aquarium creates a simulated environment where participants affect the sounds in the room and the kinetic behavior of the digital plankton projections, assistant director of the UCLA Art|Sci Center and sound artist Ivana Dama said. The exhibit seeks to convey to its audience how harmful noise pollution can be to the invisible yet fundamental organisms in Earth’s ecosystem that produce the vast majority of the world’s oxygen, Dama said.

“Immersive soundscapes using frequencies of underwater noise were composed for this project,” Dama said. “By using these sounds (of oil drilling and sonar), … we wanted to emphasize an uncomfortable moment for the audience … and make people uncomfortable that these sounds are happening in the ocean all the time.”

While space and ocean may seem like opposite places, Dama said both [Alien] Star Dust and Noise Aquarium emphasize the concept of connection. On a normal day, it can be difficult to think about how a grain of dust in a faraway comet is fundamentally connected to the Earth, similar to how microscopic plankton is fundamental to climate and life on Earth, Torres said.

Moreover, the event, although presenting two shows on different sides of campus, is a singular experience. The guided walk and soundscape serve as a connection between both space and ocean and North and South campuses, Dama said. One key impact of the art and scientific communities collaborating and interacting with each other is that the general public will become more in touch with the knowledge present in both fields, Torres said.

“It will really help to go out of the box,” Torres said. “Knowledge will evolve and grow faster as we bring these communities together.”