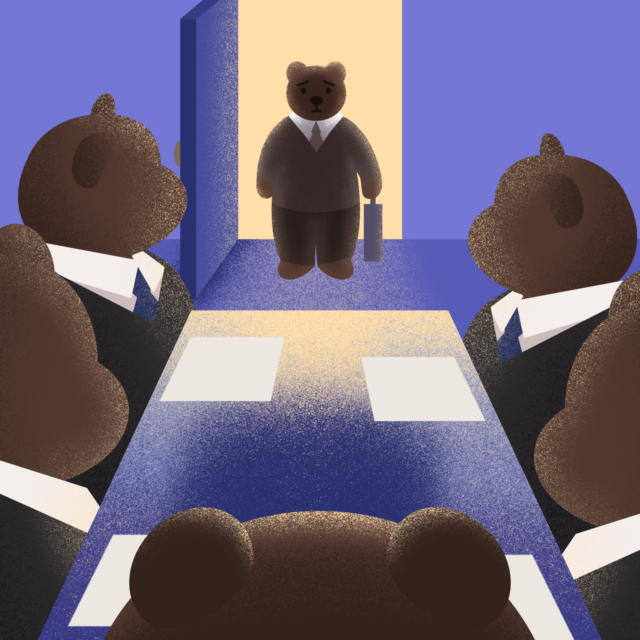 Many students may be wondering what corporate America post-graduation and post-COVID looks like.

Upon wrapping up their summer internships, three Bruins reflect on what the job hunt may have in store.

Bugg said simple things, such as asking a question, are much easier in in-person settings to quickly mention to a co-worker rather than address in a formal email.

It’s a popular choice for workers of our generation. According to a poll conducted by Generation Lab, a firm that researches trends in youth, 40% of college students and recent graduates prefer to work fully in-person, 39% prefer a hybrid workspace and 19% would rather work remotely.

Bugg, who worked from home throughout the summer, said she felt isolated from her colleagues who worked in-person at the Warner Brothers lot. She added that in-person work opportunities can help young professionals feel connected to their team and work.

“As a student that’s just starting to do real-world work, I think there’s something to be said about being in person,” Bugg said.

While a fully in-person gig seems rare, a majority of American workers have returned to in-person work, according to a CNBC survey. This comes after trends in companies, specifically in tech, demanding workers return to the office, according to the New York Times.

Fourth-year computer science student Sam Hirschhorn said transferring to remote work is likely easier for established professionals who have families and homes to care for.

Hirschhorn said he relocated to Seattle for the summer to be a software engineer intern at Amazon. With his team being remote, it was up to him when he wanted to work in the office.

He said the experience taught him the importance of workplace culture, especially as an almost-grad who moved to a new city.

Workplace culture is an important priority for many young professionals on the job hunt. According to Deloitte, Gen Z values salary less than previous generations. When it comes to accepting a boring, better paying-job or an interesting, lesser paying job, Gen Z is split.

Though remote work can feel disconnected, it also has its perks.

Fourth-year astrophysics student Amelia Konomos said she chose for her internship at NASA’s Jet Propulsion Laboratory to be remote.

“I was able to, you know, travel, be with my family rather than being in LA over the summer,” she said.

On the other hand, Konomos said troubleshooting problems within her role, like debugging a code, meant she had to share her screen over Zoom, often slowing down her productivity.

“Remote work is great for the flexibility … but of course, also there’s challenges,” she said.

Konomos added that JPL implements a 9/80 schedule, in which employees work nine hours each work day and get every other Friday off.

No matter the hours or workplace culture, our generation is still learning how to navigate the office.

Bugg said creating a work-life balance can be a struggle, especially with the amount of messages and email notifications she receives throughout the day.

Watching her manager work overtime and respond to messages even on her lunch break signified to her the role companies should play in safeguarding their employee’s time. Bugg said she learned to shut her computer off when she wasn’t working.

This insight comes as we currently face the Great Resignation, an ongoing trend of workers leaving their jobs since the beginning of the pandemic. According to a survey conducted by PwC, one in five workers said they are extremely or very likely to switch their employers this year.

Gen Z is getting in on the Great Resignation too, according to Business Insider. A Deloitte survey found that 40% of Gen Z workers would like to leave their jobs within two years.

With a recession on our country’s horizon and an undecided future of work at our generation’s fingertips, it’s understandable for us Bruins to want to relish our fleeting moments at UCLA just a little bit more.

However, if there’s anything to learn from students in the corporate setting, it’s that the job hunt can be filled with uncertainty, but Bruins may not have to go through it alone.

Azad is a part of the Daily Bruin’s senior staff. She previously served as a contributor, then as the 2020-2021 assistant editor for the Quad. She is a fourth-year student studying psychology and communication.