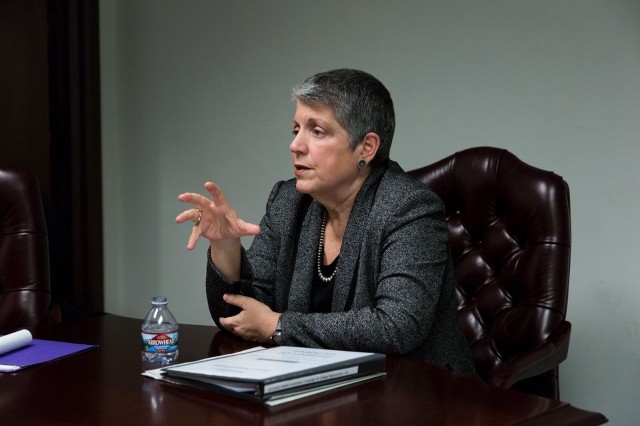 The University of California filed a brief in the Supreme Court on Friday, challenging the removal of the Deferred Action for Childhood Arrivals program. The Supreme Court is expected to review arguments on the program Nov. 12. (Amy Dixon/Daily Bruin senior staff)

The University of California challenged the removal of the Deferred Action for Childhood Arrivals program in a brief filed in the Supreme Court of the United States on Friday.

The DACA program provides temporary protection from deportation, work authorization and the ability to apply for a social security number for undocumented immigrants who came to the United States before the age of 16. The Trump administration announced it would end the program in September 2017.

UC President Janet Napolitano said in a statement that the Trump administration acted illegally by ending the program without providing a valid justification, adding that five federal courts found the decision to be unlawful.

According to the New York Times, the Justice Department submitted a brief in August asserting the opposite: that the Trump administration’s actions were lawful and not arbitrary.

Napolitano authorized the program in 2012, when she was secretary of homeland security, according to a press release. The UC was the first university to file a suit against the Trump administration’s removal of DACA.

The Supreme Court is expected to review arguments regarding DACA on Nov. 12.