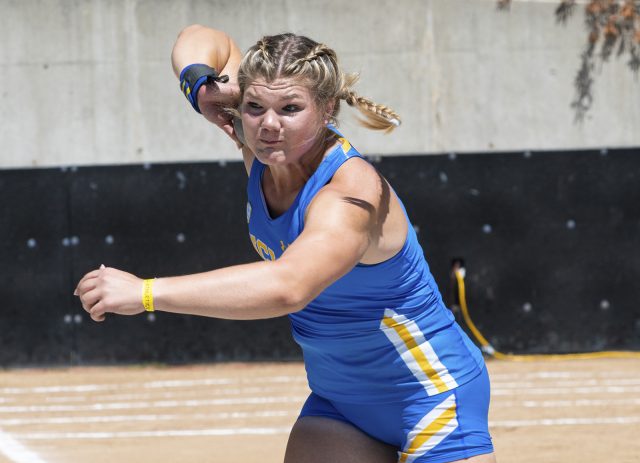 The Bruins left the Big Apple with event victories and broken records.

“(Improving) is about the little nitpicky things you can do, whether it’s going to sleep extra early the night before or pushing away certain foods or putting another hour into practicing,” Wilson said. “It’s the little things that add up to get you to the next level.”

Anderson, a transfer from Oregon participating in her second meet for UCLA, has already cemented her name in the Bruin record books, breaking the indoor 400-meter record with a time of 53.46 seconds. Freshmen sprinters Catherine Leger and Makenzy Pierre-Webster also stood out in the women’s 200-meter, finishing in 24.02 and 24.28 seconds, respectively, ranking fourth and 10th in school history.

Although Videler fell just short of her PR in her fifth event, the 800-meter, her time of 2 minutes, 17.43 seconds set a new meet record. Her overall score of 3,896 points ranks fourth in UCLA indoor pentathlon history.

“I haven’t done a pent in college, so this was kind of a test for how things were going,” Videler said. “Taking every event for itself was important (for me). We went in it just trying to have fun, and I think me and coach (Avery) Anderson both knew that I was capable of doing something pretty good.”

On Friday, Higgins outran everyone else in the 60-meter dash, coming within eight-tenths of a second of his personal best. A former running back, Higgins accredits his football background with developing his mindset for track events.

“In football, there’s dudes that might be bigger than you, lift more than you, and I don’t care about all that.” Higgins said. “Same thing with track – I don’t care what your time is, you’re going to have to put that (same time) out next week, so that dog mentality (helps me) never get nervous.”

Higgins expressed confidence in the team’s potential this season.

“(Winning the Pac-12) shouldn’t even be a question,” Higgins said. “Our potential is really about what we can do on the national stage.”

The Bruins will head to Albuquerque, New Mexico, on Saturday for the UNM Team Open. New Mexico will be a familiar destination for the track and field team in the next month, with three consecutive weekend trips to Albuquerque to begin the month of February.