UCLA should be transparent about discrepancies between professors, lecturers 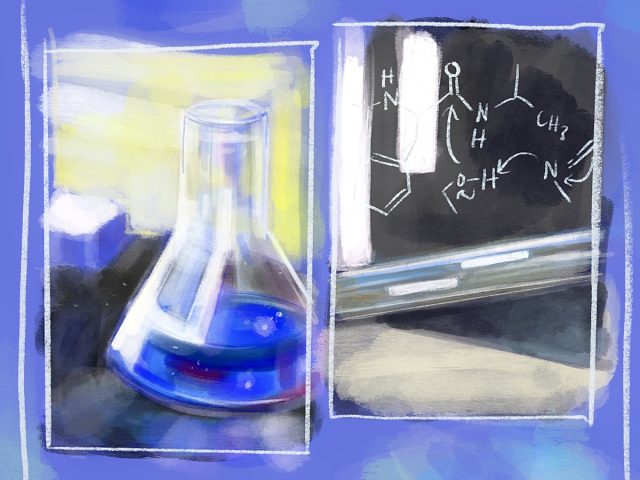 UCLA instructors are world-renowned, but, with the rise of temporary work and the gig economy, lecturers are facing more and more uncertain odds.

There are two types of instructors at most universities – and the title matters.

Professors are tenure-track faculty, meaning they have consistent employment and benefits, such as health care. They teach some classes a year, but much of their work supplies the university with research that extends beyond teaching.

Lecturers are hired to teach courses, but with limited job security and inconsistent workloads. They don’t produce research for the university, and their main obligation is to teach undergraduate courses. Once these individuals enter a lecturer track, it can be very difficult to transition to a tenure-track position.

At UCLA, professor positions are far more profitable careers – but lecturers are often the people who provide students with the education necessary to graduate. But at a major research institution like UCLA, students often aren’t aware of the pay discrepancies between professors and lecturers. And while the university knows this is bad press, it has a responsibility to increase awareness about the distinction between lecturers and professors and call attention to the prejudices lecturers face without stigmatizing them.

Many UCLA lecturers have the same credentials as tenure-track faculty, but their compensation doesn’t reflect that.

“(At UCLA), teaching is not the main objective of being a professor – it’s the production of science or research,” said Wisam Alshaibi, a Ph.D. candidate in the sociology department. “So, teaching is seen as a second-order thing, especially undergraduate teaching.”

Not only are lecturers underpaid for their major contributions to the university’s mission of education, but they’re also underrepresented within their departments.

Professors regularly take part in departmental committees, which make important decisions such as whether to hire a particular candidate. In contrast, lecturers are largely excluded from these committees, despite having a stake in these decisions and, often, more interaction with the student body.

A journal article in New Directions for Institutional Research said nontenure-track faculty are not given much opportunity to integrate into departments, as they can be assigned classes last minute.

“(Lecturers) can be let go for any reason at the end of any (quarter); they’re only paid to teach,” said Trevor Griffey, a lecturer for the UCLA Institute for Research on Labor and Employment.

Many lecturers find it difficult to maintain a full-time course load, as the inconsistency of their contracts means they may teach full-time one quarter and barely part-time the next.

“(A lecturer is) like a musician looking for gigs,” Alshaibi said. “If they have a Ph.D., then they did all of this work to get paid less than an Uber driver would make.”

Lucrative tenure-track professor positions are being phased out in universities across the country, leaving lecturers with the responsibility of teaching a variety of upper- and lower-division courses.

And UCLA has been more than willing to exploit that desperation.

“There are far more people with Ph.D.s than there are tenure-track jobs to hire them,” Alshaibi said. “There are plenty of teaching positions because universities have more and more resorted to graduate student labor and lecturer labor to teach classes.”

And with this increased reliance comes a shift in the traditional makeup of the university.

Lecturers were historically intended to be an emergency measure, but since it was a financially viable way for universities to cut costs, they became increasingly common. According to The Journal of Higher Education, the number of lecturers with precarious job security has been increasing over the last 40 years or so.

Karl Lisovsky, a lecturer in Writing Programs at UCLA and president of the University Council-American Federation of Teachers, said lecturers do 30% to 50% of the teaching at the university.

But UCLA is in the unique position of being more than just a business.

Considering the university’s reputation, there is an expectation that faculty members are being paid a wage reflective of their positions. But currently, that expectation is not being met.

Lisovsky said the university doesn’t want to advocate for lecturers because of the increasingly corporate model of the University of California system.

It’s also because having these conversations opens the door to increasing lecturer pay – and that’s a cost the university doesn’t want to endure. But at its base, the UC is not a corporate model. It’s a public institution, and it has a responsibility to actively inform students of inequalities faced by their lecturers.

“Students should know about these distinctions because there’s so much inequality,” Alshaibi said. “(You would) have a problem with having a personal relationship with someone that you know is being exploited.”

Some are quick to assure lecturers that they’re lucky to be working for UCLA at all and that they were the ones who chose to take a lecturer position instead of seeking a tenure-track professor position. However, the emphasis on lecturer positions has increased, while fewer tenure-track positions are offered. This assumption trivializes the responsibility the university has to support these faculty members.

Lecturer or not, every UCLA faculty member deserves job security and a living wage.

And higher education should not be treated like a business, in which temporary work is a necessary evil.