By Shruti Iyer and Elizabeth Sherwood 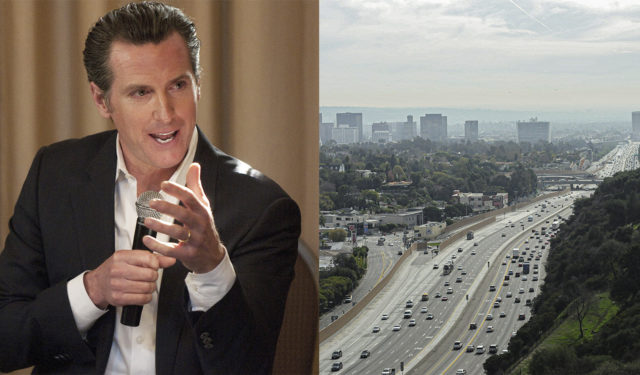 California Gov. Gavin Newsom issued an executive order Wednesday to mandate that all new cars and passenger trucks sold in California be zero-emission vehicles by 2035.

The California Air Resources Board will begin drafting regulations to support the transition, according to a press release from the office of the governor.

Zero-emission vehicles are expected to be less expensive than fossil fuel-powered vehicles by the time the new rule goes into effect, the press release said.

At least 15 countries worldwide have already committed to prioritizing the production of zero-emission vehicles, but California will be the first state in the United States to take these steps to combat climate change, the press release said.

California’s transportation sector currently accounts for about 50% of the state’s carbon pollution and greenhouse gas emissions, 80% of smog pollution and 95% of toxic diesel emissions, according to the press release.

Newsom said in the press release that phasing out gasoline-powered vehicles was an impactful step in fighting climate change.

“For too many decades, we have allowed cars to pollute the air that our children and families breathe,” Newsom said. “Our cars shouldn’t make wildfires worse – and create more days filled with smoky air. Cars shouldn’t melt glaciers or raise sea levels threatening our cherished beaches and coastlines.”

Sherwood is the 2020-2021 Assistant News Editor for the City & Crime beat. She was previously a contributor for National News and Higher Education. She is a second year political science and communications student and digital humanities minor at UCLA.