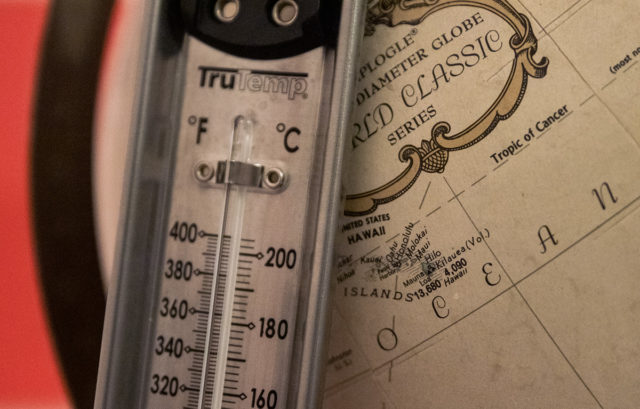 UCLA professors and students offered their insights into the United Nations’ Aug. 9 climate report, which underscored the effects of human activity on climate change.

The report from the Intergovernmental Panel on Climate Change focused on how increasing greenhouse gases and rising global temperatures have contributed to changes in weather events and environments around the world, such as more extreme droughts, precipitation and heat waves.

“This was the most dire of any of the IPCC reports issued thus far,” said Cara Horowitz, co-executive director of the Emmett Institute on Climate Change and the Environment at the UCLA School of Law. “It concludes that humans have already altered our climate in unprecedented ways.”

The report also projects that the world is only a few decades away from a 1.5 degrees Celsius increase in global temperatures, thereby exceeding the agreed-upon threshold outlined in the 2015 Paris Agreement, an international agreement to take action against climate change.

Drastic measures in the 21st century will be required to reach net-zero carbon emissions and reductions in other greenhouse gases, including methane and nitrous oxide, according to the report.

Horowitz also said that the impacts governments and corporations have had on accelerating climate change emphasize a need for major societal changes, such as reduced energy usage and fossil fuel dependence.

This report comes as the first of three publications written by international groups of scientists and researchers for the IPCC’s Sixth Assessment Report, a series focusing on climate change. Upcoming reports are scheduled to be released in February and October 2022 and will focus on addressing the impacts and mitigation of climate change.

Climate change is a complex issue that spans multiple disciplines, said Edward Parson, a professor of environmental law and faculty co-director of the Emmett Institute on Climate Change and the Environment. As such, regulatory policies and environmental movements should be considered carefully, he added.

“It’s hard advice for anybody, but focus on a stance of critical inquiry to try to solve problems for yourself and for the political leaders and movements you support,” Parson said. “Don’t jump in easy solutions, especially … when they come wrapped in terms that are designed to appeal to your moral sensibilities.”

Tackling the interconnected political, economic, societal and environmental issues of climate change and the large-scale forces at play can be daunting, said Stephanie Pincetl, a professor at the UCLA Institute of the Environment and Sustainability.

Students can turn climate anxiety into action by identifying and tackling issues they’re passionate about solving, said Pincetl, who is also director of the California Center for Sustainable Communities at UCLA. She said students can get involved by creating or joining groups that advocate for change and hold lawmakers and governments accountable.

Jane Ni, Facilities commissioner and a fourth-year human biology and society student, said that UCLA students should also attend club fairs and the Student Organizations, Leadership and Engagement website to find ways to participate in sustainability initiatives and student organizations on campus.

“Students have so much power to hold these institutions and corporations accountable by advocating directly to these places,” Ni said. “It’s important for us that they’re being sustainable.”